CSDR and Sherman have a long history of rivalry. For last night’s game, it was almost a full house. The game was dedicated to Coaches vs. Cancer, so the coaches wore sneakers in honor of two of CSDR’s greatest coaches, Ken Maraj and Bert Reins, who left us a while ago due to cancer. 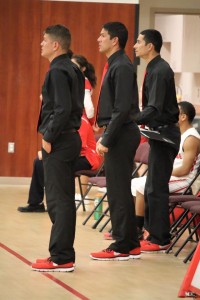 In the first quarter, both teams played very well both ways. By the end, Sherman had a 2-point lead, 18-16. In the second quarter, CSDR played better on defense but didn’t do quite as well on offense, so at halftime CSDR was down 31-25. 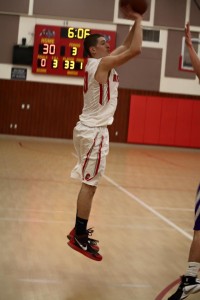 In the third quarter, Nathaniel Humpal sustained a bad ankle sprain and had to sit out the rest of the game. So CSDR only had 6 players (with one of them sitting on the bench, feeling sick). The Cubs decided to change their defense and that helped them win the quarter 17-11. In the fourth quarter, both teams really battled for the victory at the end. Noah Valencia got cut on his arm and had to be removed from the game due to bleeding, and at that point Sherman took advantage and went on a 4-0 run. They jumped out to a big 10 point lead with two minutes left in the game. Coach Valencia called timeout and changed to man to man defense. This change helped CSDR catch up. Sherman led by one with 15 seconds left. Jacob Weiss made a strong drive to the basket and the officials did not call a foul. Noah Valencia rebounded the ball and tried to go for the second chance shot, but again the officials didn’t call anything so the ball didn’t make it into the basket and CSDR heartbreakingly lost. The final score was 61 Sherman, 60 CSDR. 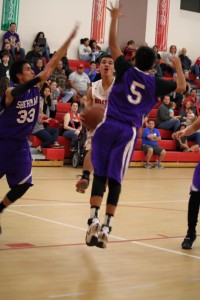 “It was a painful loss tonight. I was hoping to win this game for our great coaches Ken and Bert. However, the community knows that we really ‘won’ the game tonight. I have to be proud of our players who came in the game knowing there were only 6 of them and they played their hearts out. I personally want to thank everyone who came to the game tonight – it meant a lot to our players and to the families of Coaches Maraj and Reins,” stated Coach Valencia. 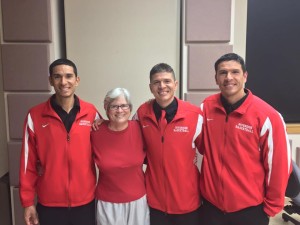 CSDR will travel to Boys Republic on Thursday, January 28, for a 6:00 pm game.

PreviousPrevious post:In Honor of the Coach vs. Cancer
NextNext post:December SportsMX/NDIAA Athletes of the Month