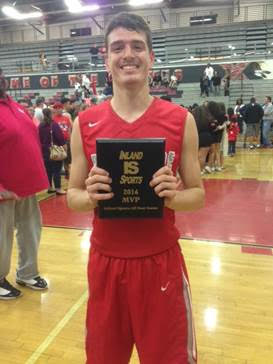 Last Friday evening, Noah Valencia participated in 2nd Annual Inland Sports All Star Game where he played among all star players from schools such as JW North, Citrus Hill, Rancho Verde and other big schools in Inland Empire. He scored 32 points and his overall play was so impressive that he was selected as Most Valuable Player and he earned a lot of praise and respect from players, coaches and fans. 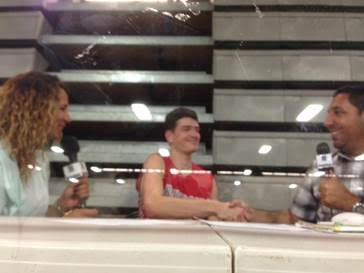 He is being interviewed by a reporter from Inland Sports with Sabrina Bryant interpreting. This is a tremendous achievement and he really represented our school well and putting CSD Riverside on the map.