CSD-Riverside Boys Basketball WINS their first game of the season!
The CSD-Riverside coaches wore blue ties in honor of one of our biggest supporters, Holly Bernstein, who contributed 36 wonderful years to the school as a teacher, cheerleading coach, mother, grandmother, loyal fan, volunteer, and more. 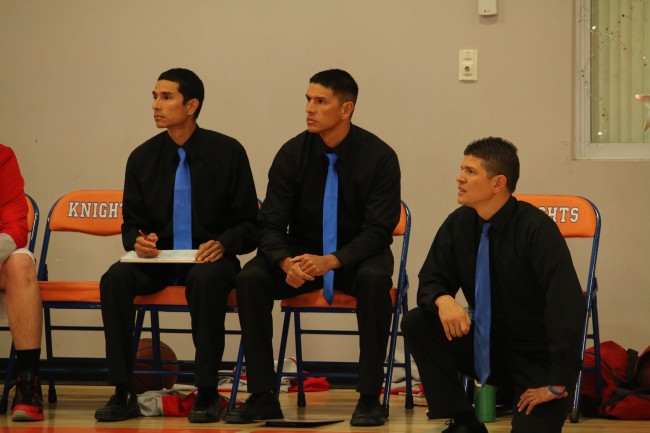 In the first quarter, CSDR struggled on both defense and offense, so Excelsior jumped ahead with a big lead, 16-8. CSDR trailed early, 27-26 by the half, only to come back strong in the final two quarters. During the third quarter, CSDR became very stable on offense and defense and let Excelisor score only 5 points in the quarter. In the 4th quarter, CSDR answered back with a 19-8 run. CSDR captured the victory, 61-40.

“It was a nice victory tonight in honor of our beloved Holly Bernstein. All of the coaches wore blue- Holly’s favorite color. We played with only 7 players tonight. Last year Excelsior beat us by 9 points. Tonight we won by 21 points. It was a nice double, but we still have a lot to work to do.”

PreviousPrevious post:Student Athletes of the Month
NextNext post:Game #2 vs. Academy for Academic Excellence